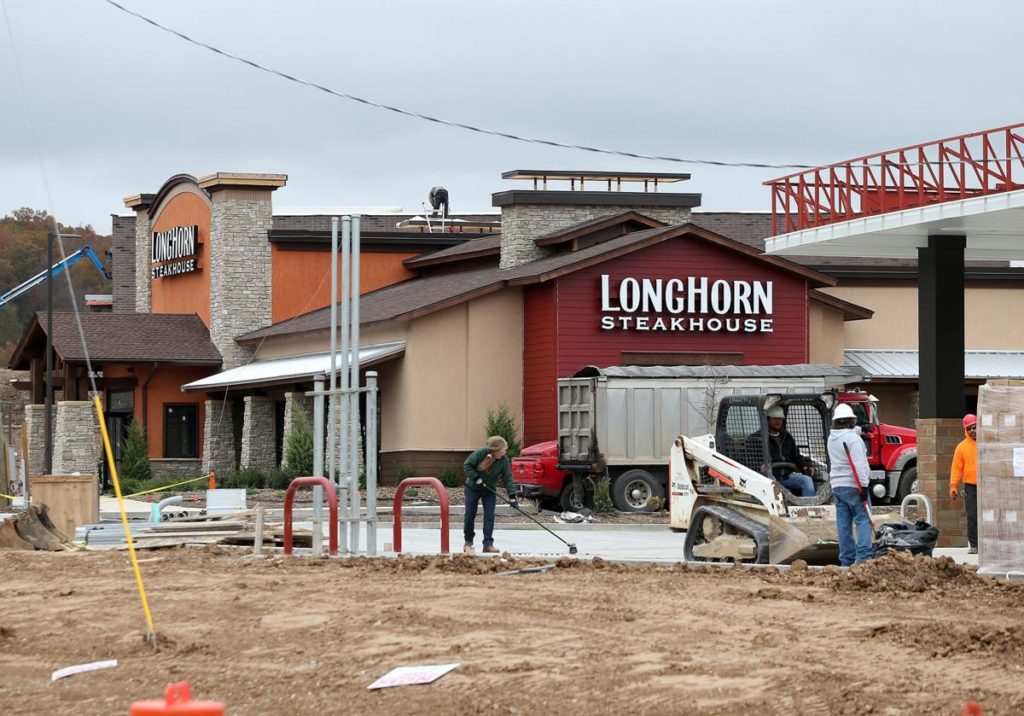 BARBOURSVILLE — Tanyard Station development officials say they are in talks with national tenants to build on the second phase of the new retail site in Barboursville.

“We are in discussions but have not finalized any deals and will not be able to make announcements until the leases are signed,” said Brent Roswall, a native of Barboursville and co-owner of INTERSTATE Realty, the company developing the site.

Roswall also addressed recent changes to the Tanyard Station site plan, which includes showing a large “wholesale” tenant on the backside of the property. Also, there appears to be a fueling station across U.S. 60.

Roswall said other businesses scheduled to open soon at the development are Hwy 55 Burgers Shakes and Fries, Sport Clips and Zen Nails & Spa, but those businesses have yet to release opening dates.

Menards will begin construction in the spring, Roswall added.

Tanyard Station is being built on the site of the historic CSX railroad yard along the Mud River and Tanyard Branch Creek in Barboursville. The projected cost has been estimated at $100 million, with $9 million of that total for road and traffic upgrades.