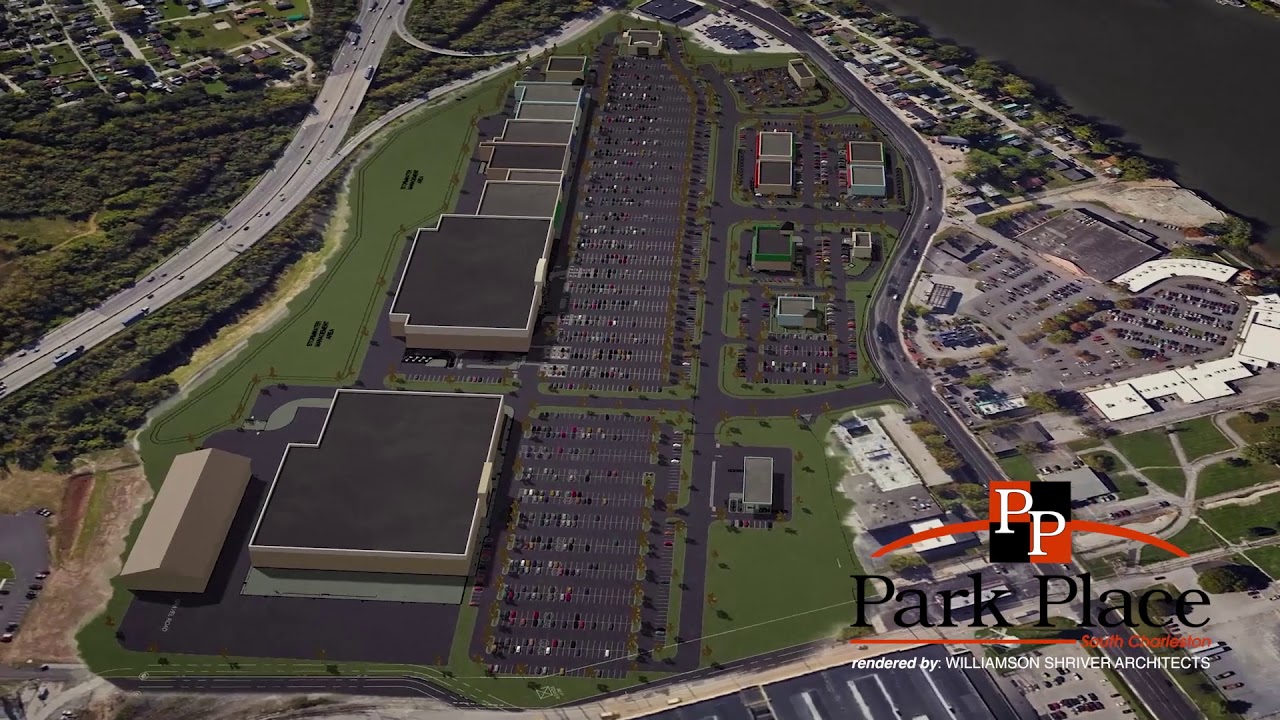 SOUTH CHARLESTON, W.Va. — A small mound of dirt held ceremonial shovels for a groundbreaking ceremony Thursday in South Charleston and as it turns out there will be a lot more dirt, tons of it, trucked to the site before construction can begin.

Park Place at South Charleston is a 500,000 square feet retail development to be constructed on the former FMC Fly Ash Pond just off the Interstate 64 MacCorkle Avenue exit. The key to the project is an agreement between the city and state Division of Highways to use 850,000 cubic feet of dirt from the nearby Jefferson Road improvement project to fill the pond leaving a flat area to develop.

Delegate Moore Capito, R-Kanawha,was one of several members of Kanawha County’s statehouse delegation on hand for Thursday’s groundbreaking. He called the project an example of how different entities can come together on a large project.

“It’s a collaboration between public and private officials, both on the municipal level and the state level and the federal level to come together and really try to make a change in pursuit of bettering the economy,” Capito said.

“Aligning the DOH with the city is great. It’s the way we need to work together. It saves the highway and the city project some money,” Robinson said.

Delegate Doug Skaff, D-Kanawha, who is a developer and construction materials manager, said the site has two key things to be successful; location and affordable space to build made possible by the fill dirt from the Jefferson Road project.

The location is right off the Interstate 64 MacCorkle Avenue exit, the busiest interstate in the state with more than 175,000 vehicles passing per day.

Work on the project began more than three years ago, not long after South Charleston Mayor Frank Mullens was elected to a third four-year term. He’s running for reelection, election day is June 1. The project has been part of his opponent, former South Charleston Mayor Ritchie Robb’s campaign. Robb has questioned developing more retail space when other retail outlets in the area, like the Charleston Town Center Mall and nearby Riverwalk Plaza, are struggling. Robb’s campaign signs call the project the “Swamp Mall.”

Mullens said there are already future tenants signed up with the developer to locate at Park Place.

“One of my staff members just got back from Las Vegas, he’s been to all the retail trade shows across the country and that’s where I’m gauging interest for the property,” Mullens said.

South Charleston is not developing the project. It’s agreed to get the site ready. A developer has been signed to bring in the tenants.

Skaff believes Park Place, with its open air concept, will be a lot like retail spots that have been successful in other parts of the country.

“You look at all the stuff in Columbus and Charlotte and this is really becoming popular. People like to park for free. They don’t like to go up and down garages anymore. It will be safe. It will be a well-lit area and it’s flat,” Skaff said.

The state has hired Kokosing to do the Jefferson Road project. Mullens doesn’t expect fill dirt to be transferred until late 2020 or early 2021. He said Thursday the city has some other options and may begin moving dirt to the site before that.

Mullens predicts the project will stir other development in his city. The legislature approved a Tax Increment Financing (TIF) for the area. Revenue gained by the city through taxes because of the development will fund infrastructure projects in South Charleston.

“The TIF District will help set up that spark,” Del. Andrew Byrd, D-Kanawha, said. “I’m hoping not only to see strong name-brand businesses to come in but small businesses come into the community.”

Mullens said other developers have started to look at nearby property.

“We’re already talking to property owners out on Jefferson Road about some site development work that will create some extra commercial property,” Mullens said. “We’re also seeing some interest in property between Riverwalk and Thomas Hospital.”

The next step for the project is the installation of the drainage blanket of two feet of stone and installing wick drains to speed the dewatering of the site.

The fly ash pond property is owned by developer Ray Park, who also owns the nearby South Ordnance Works that includes the Gestamp vehicle stamping plant.