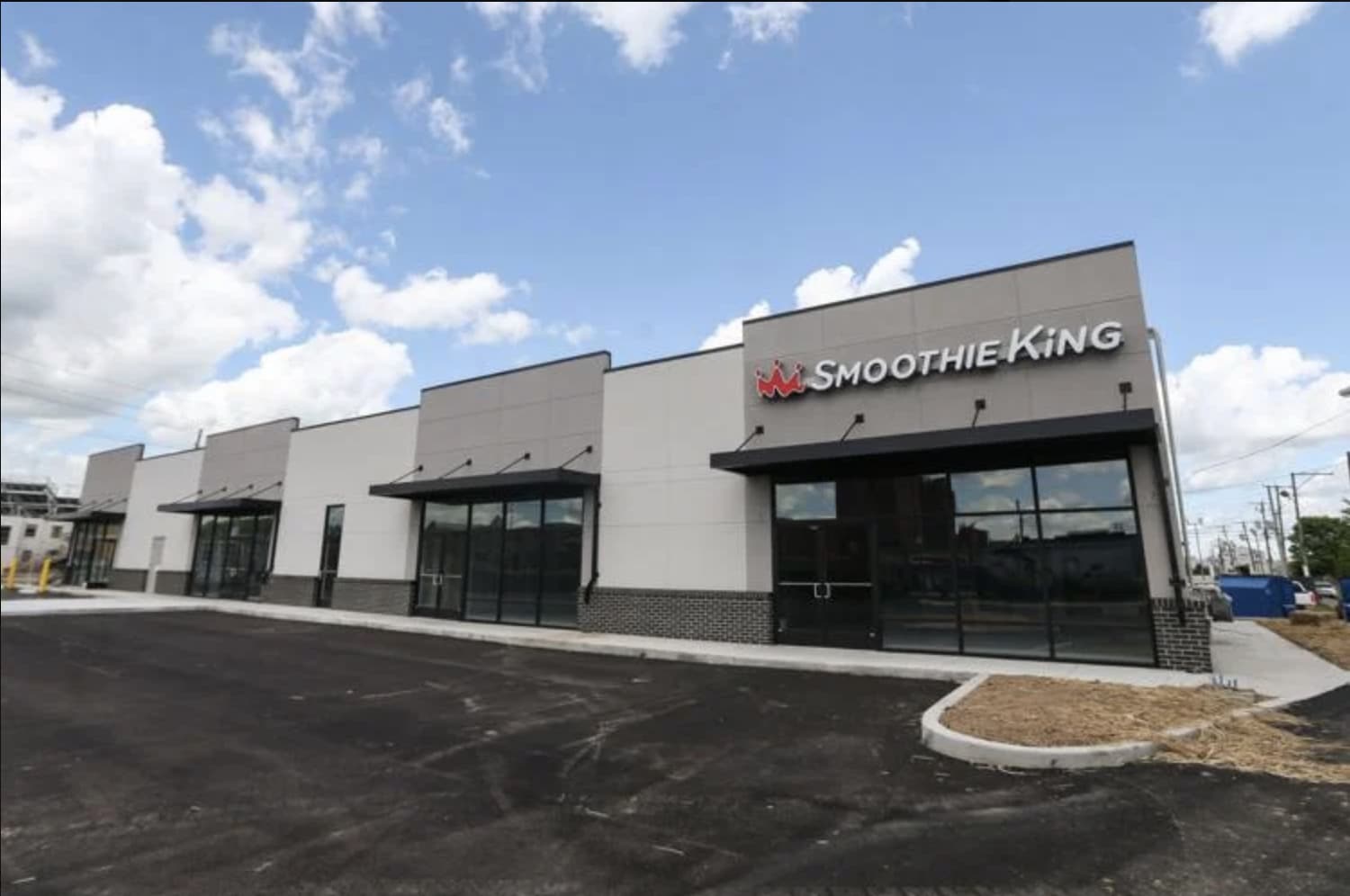 HUNTINGTON — Smoothie King is coming to Huntington this summer.

The developers of the Herd Stadium Center announced last year that Starbucks, Qdoba and Papa John’s will be coming to the new development on 5th Avenue across from Marshall University’s Joan C. Edwards Stadium. The location is at the former Burger King site.

“We recently added Smoothie King and the building is now 100% leased,” said Brent Roswall, developer with Interstate Development Co. LLC, the company that is also developing Tanyard Station in Barboursville.

“Opening should occur in late summer as the tenants are working on their interior upfit,” Roswall said.

He said the development was scheduled to open in the spring, but supply chain issues have delayed the opening until the summer.

“We had delays with our steel and (HVAC), which we still do not have, but will have very soon,” he said.

Roswall said the new retail strip center will have a Starbucks, Qdoba, Papa John’s and Smoothie King — “a great lineup for the Marshall University students,” he said.

Starbucks will be in a 2,300-square-foot space, Roswall said.

Initially, the development was going to be a two-story building with student housing, but Roswall said the company changed the site plan and it will now be just a one-story building.

“We built one story due to cost,” Roswall said. “We did not build the planned student housing.”

“Construction continues on the Academy, a sporting goods store, PetSmart and Sketchers,” he said. “We are hoping those will open sometime in the fall.”

Roswall added that construction should start soon on a hotel at Tanyard Station as well. He declined to name the hotel, but said building should start in the fall and be completed sometime in 2023.

CORNER HOAGIES & HOPS CLOSES: The Corner Hoagies & Hops in the old Hwy 55 Burgers Shakes & Fries location at 801 3rd Ave. in downtown Huntington announced its immediate closing after less than one year in business.

“To all of our customers and regulars, we would like to thank you for your support over the last year. We opened The Corner with the hopes of adding something else unique to the City of Huntington. Unfortunately we have made the painful decision to cease operations immediately at The Corner. It was an extremely difficult decision to make, but one that was necessary. We will continue to focus on our other business ventures and continue to be a positive part of the community. We will miss you all in Huntington,” the post reads.

Beter is also the owner of Oscar’s Breakfast, Burgers & Brews, 1861 Public House and other businesses in Barboursville. Facebook comments from the Corner Hoagies & Hops indicated that some of the menu items will be taken to those businesses.

“The fried green tomatoes are on the menu at Oscar’s now. The feta dip will now be at 1861,” one comment said.

Fred Pace is the business reporter for The Herald-Dispatch. Send your business news and photos to fpace@hdmediallc.com. You can also call 304-526-2729. Follow him at Facebook.com/FredPaceHD and via Twitter @FredPaceHD.