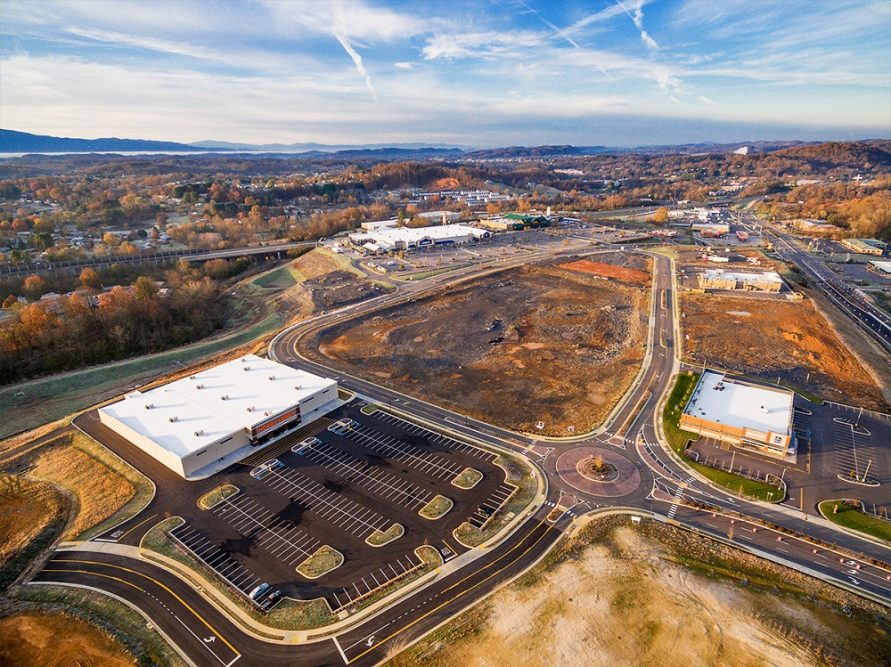 BRISTOL, Va. — Members of the City Council thanked two development firms for their efforts Tuesday and expressed optimism about The Falls as they voted to amend a development agreement.

The council voted 4-0, with one member absent, to approve revisions to its agreement with Interstate Development Partners — the legacy developer of the commercial center near Interstate 81’s Exit 5. The vote followed a nearly two-hour closed session that included meeting with officials from Interstate and K.D. Moore of KBM Commercial Properties.

In the past, some city leaders have been highly critical of The Falls and the pace at which development has occurred. But Tuesday’s tone was much more upbeat.

“We know things change at a rapid pace. What we would like to see might be totally different from what is reality,” Vice Mayor Kevin Wingard said. “The bottom line is the contractors, the developers and the investors, they’re the professionals that do this every day, and they know what the supply and demand is. … We’re in a situation where it is definitely time to unleash the developers and let them do what they do best. … It is time to move that project forward at a rapid pace.”

Among the changes, the council replaced a list of pre-approved, named businesses with a more generic list of “qualified businesses,” including restaurants, retail, hotels and breweries, that could move into The Falls without council approval. The council did, however, strike language giving pre-approved status to amphitheaters, stadiums, sports venues and facilities, sports betting, gambling facilities, casinos and car washes. Such enterprises could be located at The Falls only with city approval.

In supporting the changes, Councilman Bill Hartley said the city needs to let the developers “do their jobs.”

“I appreciate the developers and their investment in our city,” Hartley said. “We need to get some momentum going up there.”

“I think what we’re doing tonight makes it easier for The Falls to continue to grow,” Councilman Anthony Farnum added.

The revised agreement must also be approved by the city’s Industrial Development Authority, which is scheduled to meet Thursday at noon.

City Manager Randy Eads expressed thanks to the developers.

“I just want to say thank you to the developers for sticking with us,” Eads said. “Interstate has been involved since the get-go. It’s not been easy. I know we’ve had heated discussions in the past with different players. There have been times it would have been easy to have stepped away, but you’ve stuck with us. You continue to fight to get things moving at The Falls. We appreciate it. We appreciate developers like K.D. Moore, who has invested his time and efforts into the city. … We could not do this alone. We need experts like you all to help us move forward.”

After the meeting, Eads said the mood of Tuesday’s closed-door discussions was positive.