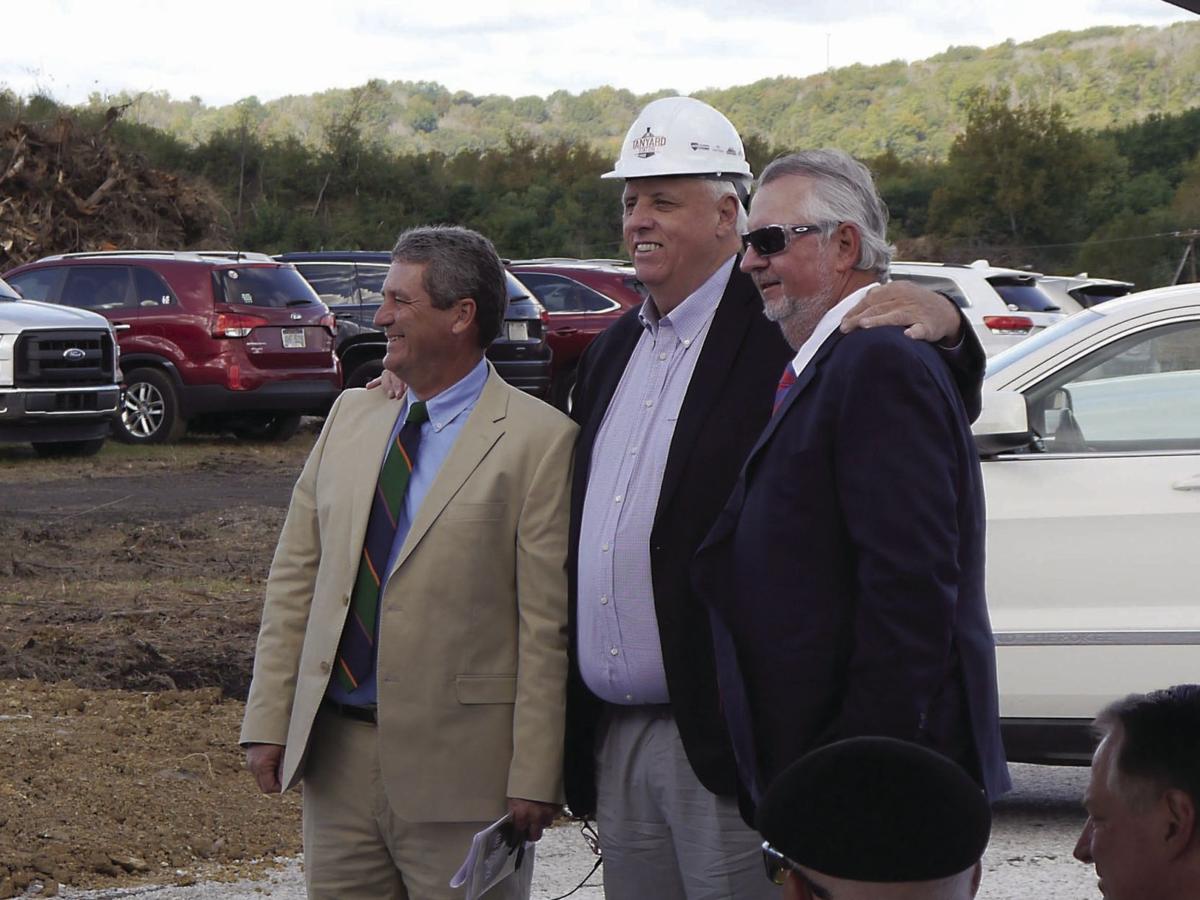 BARBOURSVILLE — Developer Brent Roswall has built shopping centers and office parks in a half dozen states but confesses to taking particular satisfaction in projects located in one particular state — his native West Virginia.

In Barboursville, Roswall built the 65-acre Merritt Creek Farm shopping center, which opened on the Big Ben Bowen Highway near Interstate 64 in 2003.

Now, little more than a stone’s throw from there, his company, Interstate Development, of Bristol, Tenn., is constructing Tanyard Station, a $100 million complex that when completed is slated to have retail stores, restaurants, a hotel, bank and service station/convenience store.

In Morgantown, Interstate built University Town Centre, which opened in 2005, and is working on Westview Shopping Center, which is scheduled to open in 2019.

And, in a public/private partnership, Interstate is working with the city of South Charleston to develop Park Place, an 80-acre site just off the MacCorkle exit off I-64. A 2021 opening is projected for the project.

Born in Huntington in 1965, Roswall lived in the city’s West End until his mother and stepfather moved to Wentz Hollow Road near Barboursville when he was 10. He attended the former Barboursville High School, where he played football and basketball and ran track.

“I was just your average, middle-of-the-road athlete,” the 1983 high school graduate said. “I liked being involved in a lot of things.”

After a two-year stint at Emory and Henry College in Emory, Va., Roswall enrolled at Marshall University, where he graduated with a bachelor’s degree in business administration in 1988. “I was a walk-on with the basketball team at Emory and Henry, but it didn’t work out,” he said. “I was homesick mainly.”

A few months after his after college graduation, Roswall hit the road again, this time moving to Tennessee, with his father, Jim Roswall. Over the next five years, he sold mutual funds for an investment company, sold ads for a Yellow Pages company and worked for a fiber company.

It wasn’t until 1993 that Roswall was persuaded to pursue a career in real estate by J. Michael Nidiffer, owner of what was then Interstate Realty. The two went to church together and played on the same church-league basketball team. The business chemistry between Roswall and Mike Nidiffer worked so well that Roswall bought half of the company in 1997.

Together, Roswall and Nidiffer founded Interstate Development and over the years have built shopping centers and office space throughout Tennessee, Kentucky, Georgia, Florida, Virginia and West Virginia.

In his spare time, away from developing multimillion-dollar real estate projects, Roswall is a big-time fan of Marshall sports. “It doesn’t matter if it’s basketball or football, I’m a die-hard Marshall fan,” he said. “It’s filled me with nothing but good memories.” That explains why the two roadways at Merritt Creek Farm are named Thundering Herd Drive and Champion Drive.

Roswall credits Huntington developer Bob Childers with alerting him that CSX Transportation was interested in selling a large tract of land at the intersection of the Big Ben Bowen Highway and U.S. 60. The property once housed the Chesapeake & Ohio Railway reclamation plant, but the plant was closed in the early 1990s and the property had long been unused.

“I grew up here and know the site well,” Roswall. “Every day, going to Barboursville High School, I traveled by the CSX property. I had no idea at that early age that I would later become a retail developer and have the opportunity to transform the long-vacant property into a regional shopping center.”

Today, crews from Baer Contracting of Bridgeport are hard at work on the former CSX property doing site preparation and public improvements at the Tanyard Station retail development, named for nearby Tanyard Branch Creek.

Baer Contracting won a $9.4 million contract for the work, which will include clearing and grading, storm drainage, erosion and sediment control, utility and road construction, paving, curbing and interior signing.

“We were very excited a West Virginia company got the job,” Roswall said.

The 51.3-acre development is to be built in phases with the four Phase I tenants — an ALDI grocery store, Longhorn Steakhouse, Menards home improvement store and Sheetz service station/convenience store — expected to open late this year. The tenants will construct their own buildings, with some purchasing the property where they will be located, while others will lease the property.

“We’re now negotiating with Phase 2 tenants and expect to announce them this summer and open them next year,” Roswall said.

Roswall said Interstate Development is working closely with the West Virginia Division of Highways on the design and construction of necessary improvements to speed traffic into and out of the new retail complex.

Calling Tanyard Station “a way of paying back the community where I grew up,” Roswall praised Barboursville Mayor Chris Tatum as “a joy to work with.

“I’ve known Brent a long time and we couldn’t have a better relationship,” said Tatum. “He may not live here anymore, but he’s certainly shown he cares for the area.”

Tanyard Station isn’t the only new retail development slated for the Barboursville area.

The Crossing, another development underway, is located just off the Big Ben Bowen Highway, east of the Merritt Creek Farm shopping center. And The Summit is under construction just off U.S. 60 East.

The Crossing property is actually physically larger than Tanyard Station. It has more than 80 acres, whereas Tanyard is just over 50 acres. The Crossing has been billed as “upscale retail and lodging” with a projected 17 tenants in its first phase.

The Summit has been tagged as “Eatery, Lifestyle, and Wellness” and is being constructed adjacent to Little Caesar’s Pizza and Marco’s Pizza.