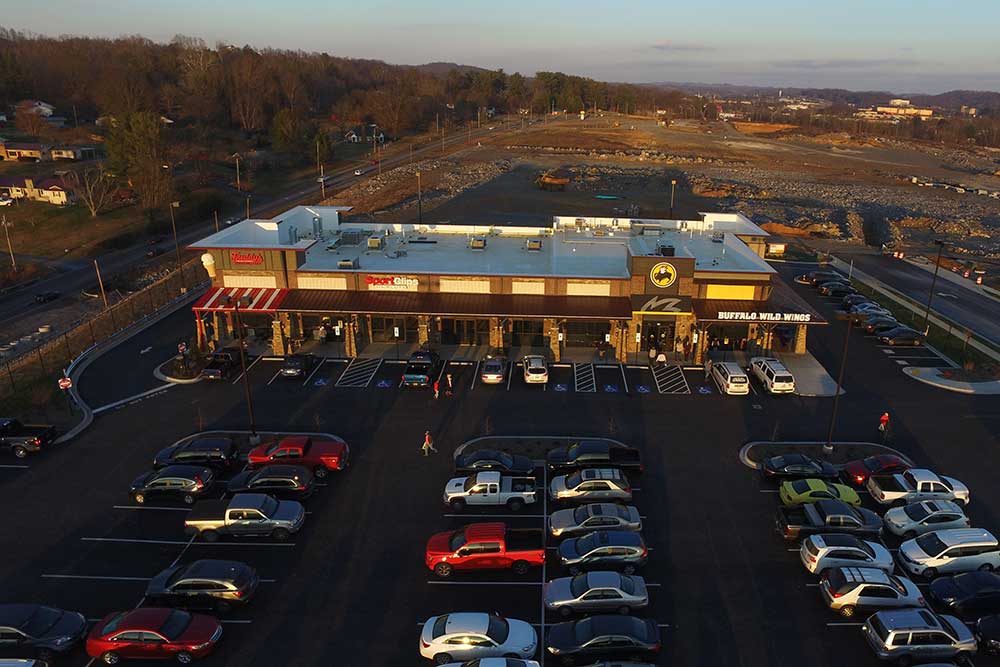 City Council will hold a 6 p.m. called meeting to consider modifying its agreement with INTERSTATE Development Partners, the Bristol, Tennessee-based firm that has been the primary developer of The Falls. More than three years after its first tenant opened amid much fanfare, The Falls has but 10 operating businesses.

One major change in the agreement would expand the definition of what is an “approved, qualified business” because potential tenants not included on the current list have “expressed interest in The Falls,” according to the revised agreement.

The current agreement has a list of specifically named franchises including Huddle House, Five Guys, Smoothie King, Spectrum Telephone, T-Mobile, Aspen Dental and Planet Fitness, which were considered “qualified.” None currently operates at The Falls.

That list will be replaced with a list of the types of businesses the city deems “qualified businesses.”

“We are removing the list of businesses from the agreement. Obviously, the city should have never been involved in retail development,” City Manager Randy Eads said on Monday. “It puts an impediment on developers when there is a list of retailers they have to work with. This will allow them the freedom to do what they need to do in order to secure businesses at The Falls.”

Casinos are currently not legal to operate in Virginia, but the General Assembly is considering legislation that could change that. Local developers want to establish the Bristol Resort and Casino at the former Bristol Mall and are backing the legislation.

Also, the U.S. Supreme Court ruled last year that states could approve sports gambling, and neighboring West Virginia already has. Sports betting bills were introduced during the current session of the Virginia General Assembly, but none has been approved.

The city’s revised agreement would also remove language requiring a “performance deed of trust, repurchasing rights and or right of first refusal” for certain parcels currently under contract to INTERSTATE.

Currently, the city owns the vacant parcels and then transfers them to INTERSTATE Development if the firm brings them a business under contract.

“It takes out a clawback provision in case something doesn’t happen. Apparently, some of the banks are having trouble with that clawback provision,” Eads said. “Once that property is transferred, it’s whoever’s property until the end of time.

Those parcels include Lot 20, a 2.9-acre site directly across the entrance from the Aldi supermarket, lots 17 and 16, 3.5 total acres between Aldi and Buffalo Wild Wings, and Lot 226A-4, a 12-acre, triangular-shaped lot at the eastern edge of the development that includes the current Pizza Plus.

“That is road frontage. You can’t get any better than those parcels except maybe the parcel west of Cabela’s that fronts the INTERSTATE,” Eads said.

The revised agreement must be approved by both the council and the city’s Industrial Development Authority, which operates as the city’s fiscal agent on this project. The IDA is expected to conduct a called meeting later this week.

The city borrowed more than $50 million in general obligation bonds to acquire and prepare the site and then issued more than $30 million in revenue bonds for construction, but filling the space has proven to be one of the city’s greatest challenges. Two originally announced anchor tenants withdrew when their contracts expired, and a major hotel developer withdrew when he was unable to finalize financing.

Hobby Lobby, which was announced in 2017 and opened last August, is the center’s most recent addition. As for any prospective new tenants, Eads said to stay tuned.

“Hopefully, there will be an announcement shortly,” he said.