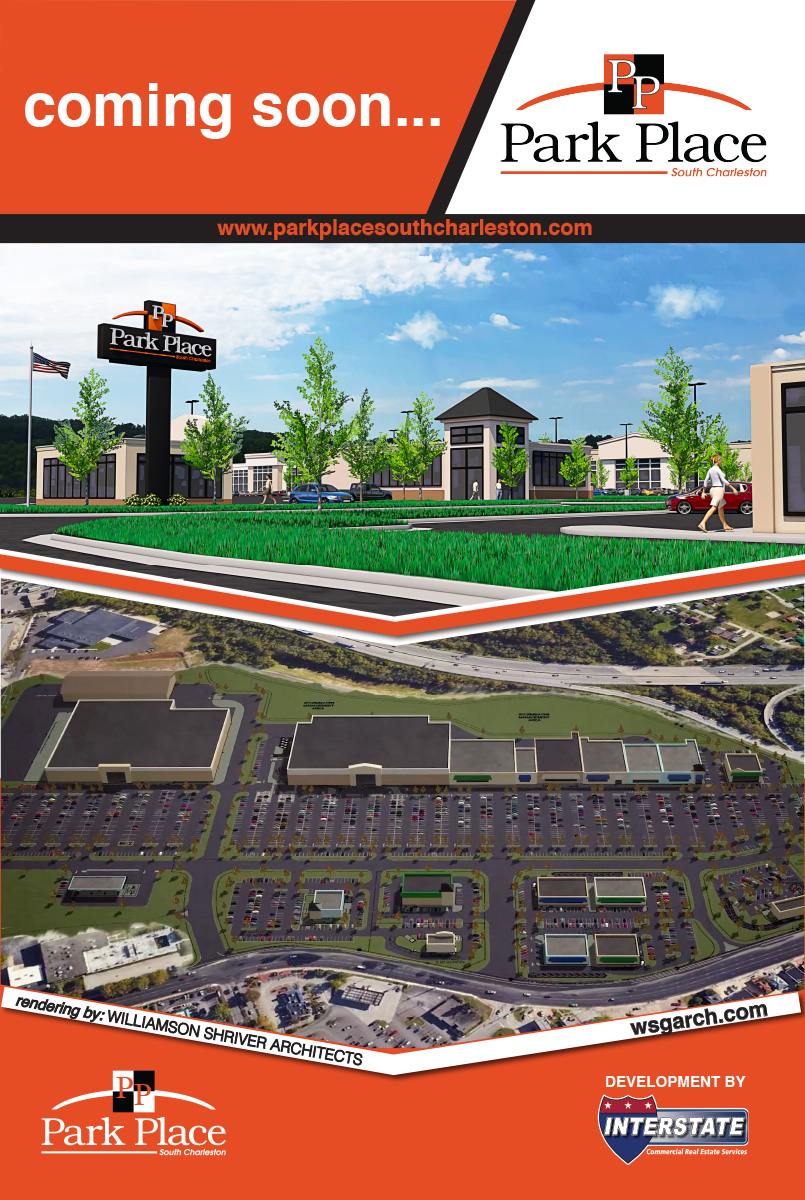 South Charleston, W.Va. – A Ceremonial Groundbreaking will take place on Thursday, May 23, 2019 at 10:00 a.m. at the former FMC fly ash pond, whose entrance is located directly across from Riverwalk Plaza on MacCorkle Avenue in South Charleston, WV. The public is invited to attend the ceremony, which will be conducted by Mayor Frank Mullens, Jr. and is being coordinated by the City of South Charleston and the South Charleston Chamber of Commerce.

This ceremony kicks off the draining and filling of the pond, which lays the groundwork for the construction and development of the new destination shopping center (Park Place) under the Tax Increment Financing (TIF) District that was approved by the South Charleston City Council and the West Virginia State Legislature. The timing of the project is tied in with the Jefferson Road Expansion, as the excess fill from the road expansion will be used to fill the pond.

“This project is a game changer, not just for South Charleston, but the whole Kanawha Valley. Over 400,000 square feet of space is available for retail development that is visible from one of the busiest interstates in the State of West Virginia. South Charleston is excited and ready for this major economic development opportunity.” stated Mayor Frank Mullens. This project is estimated to bring in $300 million in new construction and over the next 30 years, approximately $500 million for investment in the City. Under the TIF District, the sales tax generated at the new shopping center will be used for future public improvement projects.